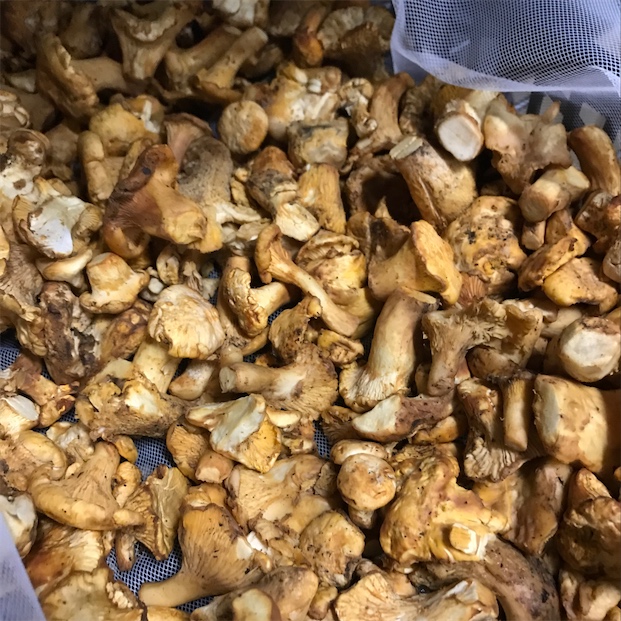 Cremini mushrooms are small to medium in size and have a rounded cap with a short, stubby stem. The smooth cap ranges from light to dark brown and is firm and spongy. Underneath the cap, there are small brown gills, but most of these are hidden as the cap has not fully opened when harvested at the Cremini stage. The short white stem is also edible, dense, thick, and smooth with a slightly rubbery texture. Cremini mushrooms are mild and somewhat earthy with a meaty texture.

Cremini mushrooms, botanically classified as Agaricus bisporus, are a widely used variety that is a member of the Agaricaceae family. Also known as Baby Portobellos, Crimini, and Baby Bella, Cremini mushrooms are a slightly different strain closely related to the white button mushroom and the large portobello mushroom, with the only difference being predominately age. White button mushrooms are the youngest, followed by the Cremini, and then the mature version being the portobello. Varieties within the Agaricus bisporus account for about ninety percent of the mushrooms cultivated in the United States and these mushrooms are favored by chefs and home cooks for their mild taste and versatility in a variety of culinary dishes.

Cremini mushrooms are best suited for both raw and cooked applications such as baking, roasting, sautéing, or stewing. They can be sliced raw and mixed into green or grain salads, or they can be stuffed with crab, cheese, or other meats as a bite-sized appetizer. Cremini mushrooms can also be added into sauces, gravies, stir-fries, soups such as hot and sour, stews, baked into tarts, or sliced as a topping on pizza. Cremini mushrooms pair well with tomatoes, carrots, celery, potatoes, jalapenos, garlic, shallots, onion, ginger, kimchi, lime, sage, parsley, basil, meats such as beef, pork, or poultry, eggs, soy sauce, balsamic vinegar, marinara sauce, cream sauce, white wine, rice, orzo, mozzarella, parmesan, and pecorino romano cheese. They will keep up to a week when stored loosely in a paper bag with moist paper towels to prolong freshness in the refrigerator.

Varieties of Agaricus bisporus have grown wild since prehistoric times and have had many varying uses and symbolism attached to them in cultures across the world. These mushrooms were revered by the Egyptians, who believed the mushrooms gave the consumer special powers or eternal life. In Rome, they were deemed the “food of the Gods,” and in Russian and Mexican folklore, mushrooms gave people superhuman strength. In France, Cremini mushrooms were cultivated in the catacombs beneath Paris leading to the moniker “champignons de Paris" or Paris mushrooms, and Cremini mushrooms are still cultivated underground in Western France today. The Chinese and Koreans have also traditionally used Agaricus bisporus to help increase milk production for breastfeeding mothers and is used to help regulate the body’s energy. In North America, Agaricus bisporus has been the primary cultivated mushroom since the late 1800s.

Cremini mushrooms have been growing wild since ancient times, and varieties of Agaricus bisporus were first cultivated in Europe in the 17th century. Today Cremini mushrooms are primarily cultivated versus foraged and are widely available at supermarkets, farmers markets, and specialty grocers in North America, South America, Europe, Asia, Africa, and Australia.

Restaurants currently purchasing this product as an ingredient for their menu. the other 138...

Recipes that include Cremini Mushrooms. One