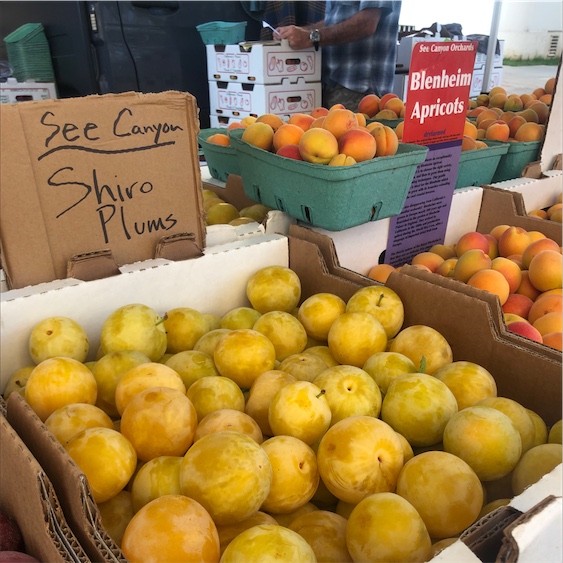 Shiitake mushrooms are a good source of copper to maintain a healthy nervous system, vitamin B5 to assist the body in converting food into energy, manganese to develop connective tissues, niacin, and riboflavin. The mushrooms also provide vitamin D to protect bones and muscles, calcium and phosphorus to strengthen teeth, potassium to balance fluid levels within the body, and vitamin C to boost the immune system. In Eastern medicines, shiitake mushrooms have been used medicinally to reduce symptoms associated with colds.

Dried Shiitake mushrooms have a full-bodied taste that adds a fragrant aroma and rich umami flavor to cooked dishes. The mushrooms must be reconstituted before use and should be placed in hot to boiling water for at least 20 minutes. The bowl can also be covered to speed up the process, and depending on the size and thickness of the mushroom, the time may vary. Once rehydrated, the stems can be removed, and the mushrooms can be use whole or chopped in savory dishes. It is also recommended to squeeze the excess water out of the mushrooms if stir-frying. Reserve the soaking liquid for use in sauces, broths, and stocks. Shiitake mushrooms are popularly braised, steamed, or stir-fried with vegetables as a vegetarian meal, tossed into stews, curries, and soups, especially miso or hot and sour, or they can be incorporated into noodle and rice-based dishes. The mushrooms can also be finely chopped and used as filling in potstickers, dumplings, and egg rolls, diced into omelets, or stuffed and baked. Shiitake mushrooms pair well with meats such as pork, beef, poultry, lamb, and fish, herbs including cilantro, thyme, and parsley, bell pepper, baby corn, broccoli, spinach, mustard greens, eggplant, peas, carrots, water chestnuts, and aromatics such as onion, green onion, garlic, and ginger. Dried Shiitake mushrooms will keep 1 to 3 years when stored in a cool, dry, and dark place in a sealed container. Once reconstituted, it is recommended to use the mushrooms immediately for the best quality and flavor.

In Asia, Dried Shiitake mushrooms are categorized into different grades for culinary use and are sold at various price points depending on the perceived quality. There are three general grades utilized to sell the dried mushrooms, with the highest grade being the flower shiitake or hua gu, the middle-grade winter shiitake or dong gu, and the common grade fragrant shiitake or xiang gu. Within these divisions, there are over ten other subcategories that highlight specific traits such as whether the mushroom was grown on actual wood stumps or wood shavings, if it was produced in cool weather, or if it was from a well-known cultivation region. Shiitake mushrooms are cultivated on natural logs and sawdust logs. Natural log cultivation is the oldest method and imitates the life cycle of wild mushrooms. The logs are 100% recyclable, and once the logs are exhausted of nutritional benefits, they can be used for composting or as a natural fertilizer. Most shiitake mushrooms connoisseurs regard Japanese shiitake mushrooms as the highest quality with the best flavor, followed by mushrooms grown in Korea and China. Flower shiitakes, known as hua gu in Chinese, showcase distinct cracks on the surface of the brown and white cap, creating a flower-like pattern. These mushrooms are considered to have the richest aroma and flavor, and the mushrooms are traditionally served whole in dishes to showcase the unique cap pattern. Flower shiitake mushrooms are often given as gifts during the Chinese New Year. Braised shiitake mushrooms symbolize prosperity and longevity in Cantonese cuisine and are traditionally served with bok choy as a vegetarian meal during holiday celebrations.

Shiitake mushrooms are native to East Asia, specifically China and Japan, and have been growing wild since ancient times. Fresh shiitake mushrooms have been cultivated in China for centuries and were first developed by Wu San Kwung during the Sung Dynasty between 960-1127 CE. The art of drying shiitake mushrooms has also been practiced for thousands of years, providing civilizations with a powerful medicinal and culinary ingredient year-round. Over time, Shiitake mushrooms have been naturalized worldwide and were introduced to the United States for cultivation in 1972. Today the fragrant dried mushrooms can be found through local markets, online retailers, specialty distributors, Asian markets, and select grocers in Asia, Europe, Australia, and North, Central, and South America.

Recipes that include Dried Shiitake Mushrooms. One