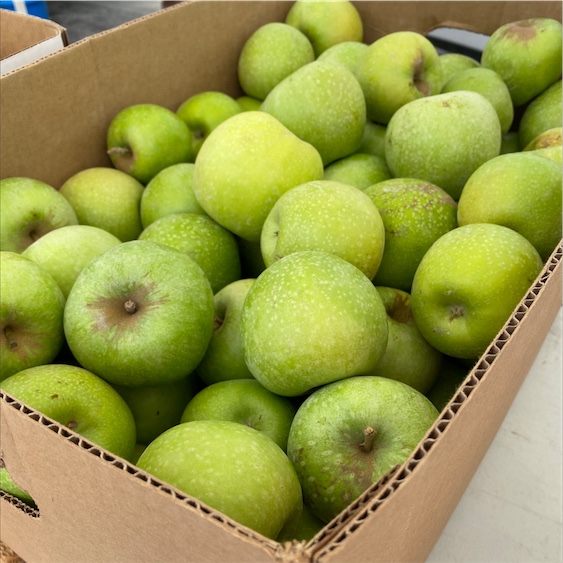 Fresh Allspice berries come from an evergreen tree that grows to approximately 9 meters in height. It has oblong leathery leaves that are a glossy green color and share the berries’ characteristic aroma. In the summer, small white flowers give way to pea-sized berries that first appear green, but ripen to a deep blue color. For drying purposes, the berries are most robust when unripe, but as they mature, sweeter more complex flavors develop akin to blueberry, black currant and juniper.

Fresh Allspice berries available in the late summer through fall.

Allspice is botanically classified as Pimenta dioica and is a member of the Myrtaceae family, and may also be referred to as Jamaica Pepper, Pimento or Pimienta. It gets its common name from the complex aroma of baking spices that it delivers, including cloves, black pepper, nutmeg and cinnamon. The dried Allspice found in grocery stores is picked green and never develops the full sweetness of mature fresh Allspice berries. It is the only spice whose commercial production is entirely confined to the New World, but it may also be found growing in the wild where climates are temperate.

The bark and berries of the Allspice tree is rich in Eugenol oil which is used as an anesthetic for tooth aches and as a digestive aid. The essential oil is also used to scent cosmetics and perfumes.

Fresh Allspice berries may be used in the same manner as the dried version, however they offer a sweet fruitiness with milder citrus notes. When picked at their full ripeness they can even be substituted for blueberries. Allspice is traditionally used in making pickles, ketchup, marinades for meats, Jamaican jerk seasoning, pumpkin pies, spice breads, muffins, cakes, candies, sausages and pickled fish from Scandinavia. The liqueurs Benedictine and Chartreuse contain Allspice flavoring, as does the eponymous Allspice Dram from Jamaica. The leaves are also highly aromatic when picked fresh and may be used like bay leaves or steeped in hot water to make a spiced tea.

The Ancient Mayans used Allspice to embalm the bodies of their dead.

Allspice is native to the West Indies, Southern Mexico, Central America and the Caribbean, today it can be found growing commercially in Mexico, Honduras, Trinidad, Cuba, and especially in Jamaica. It is the only spice whose commercial production is eely confined to the New World. Allspice was initially named “pimienta” by Spanish explorers in the 16th century because they had misidentified it as a variety of black pepper. While visually this may be true, the vast bouquet of aromas and flavors from fresh Allspice berries delivers more unique citrus and juniper notes than its black pepper cousin.

Recipes that include Allspice Berries. One