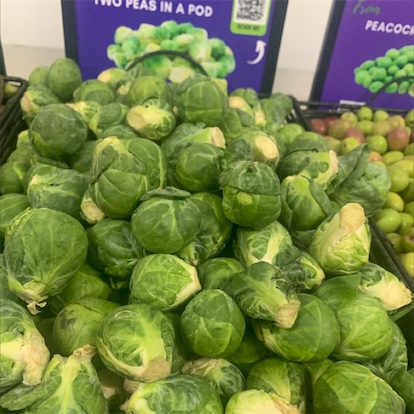 Cedro citrons are a very large variety of citrus, usually up to three times the size of common lemons. They measure between 20 and 30 centimeters in diameter and are elongated to roundish with a pronounced mammilla opposite of the stem end. The rind of the citron is very aromatic, and is rich in volatile oils. The surface is wrinkled and pebbled, ripening from a green to a bright yellow. They are sometimes harvested while still green. Around 70% of the lemon is made up of the white pith, or albedo. It can be anywhere from 2 to 5 centimeters thick, and is very soft and fragrant. The center of the fruit contains a small amount of pulp, separated into segments, with several pale seeds. The dry pulp offers very little juice, and in some cultivars, is relatively non-existent. The taste is milder than a common lemon.

Cedro citron is available year-round with a peak season in the fall and winter months.

Cedro citron is one of the four original varieties of citrus that went on to parent all the modern varieties we know today. They are tied to folklore, ancient medicine and Jewish religious holidays, and are the oldest recorded citrus variety. Botanically, Cedro citron is classified as Citrus medica. It is a large citrus variety that has few fresh applications and is typically used for its thick, white pith and oil infused zest. Cedro citron is primarily found in Italy, especially along the Italian Riviera, though they are occasionally spotted in France and Britain. There are three different citron types: acidic, non-acidic and pulpless. Of the different cultivars, the acidic Diamante is more common in Italy.

The medicinal and nutritional benefits of Cedro citron are well documented and date back to antiquity. Cedro citron is rich in vitamin C, potassium, and magnesium. It serves as an immune booster and is helpful in ridding the body of toxins, with powerful antioxidant benefits. Cedro citron pith is a rich source of pectin, which is a soluble dietary fiber. The volatile oils in the rind contain limonene and other terpenes (strong smelling organic compounds) which offer potent antimicrobial and antibiotic properties.

Cedro citron is primarily used for its thick pith and rind. Before use, the fruit’s rind must be washed and scrubbed free of any dirt. The zest is peeled, and the pith can be cut into pieces or sliced into thin strips. The most popular use for the Cedro citron is for making candied citrus. Use Cedro citron to make marmalade or syrups. In Italy, Cedro citron is used to make a popular Cedro liqueur, which is similar to limoncello. Cedro citron is featured in a traditional Italian Easter cake called grain or “wheat pie”. It is made with ricotta, whole wheat berries, spices, and candied Cedro citron. The delicate and lightly flavored pith can be used in salads, risotto, or on top of bruschetta. Store Cedro citron at room temperature for up to a week. Refrigerate any unused pieces.

During the spring, typically on the Monday following Easter, the town of Bibbona in the coastal Province of Livorno, holds the Festa del Cedro. It is a time for the townspeople to come together to usher in the spring, enjoy cuisine featuring Cedro citron and celebrate the giant citrus fruit. In southern Italy lies the town of Santa Maria del Cedro, named for the fruit that the area bears in abundance. Just outside of the city is the Museo del Cedro, where the Consorzio del Cedro di Calabria is based. Here they provide the history of the cultural value of Cedro citron through art, media, and events.

Cedro citron originated in the southern Mediterranean region, in what is now Saudi Arabia, Egypt, and Yemen. Research has indicated that it has its origins in the fertile crescent known once as Mesopotamia. Citron varieties date back to at least 4000 BC, where they appeared in paintings on the walls of tombs in Egypt. They were most likely brought to Greece by the armies of Alexander the Great, and from there to Italy. Ancient Greek botanist Theophrastus called them the ‘fruit of Persia’. Roman sculptures, paintings and even the remnant of a mosaic in Pompeii depicts a citron. The fruit was first named in the mid-1700s, and given the species epithet “medica” to indicate its powerful medicinal properties. Today, Cedro citron primarily grow along the western coast of Italy, from Calabria at the tip of the boot, to Sorrento, along the Amalfi Coast, and all the way up to the Italian Riviera and into France. From Italy, the citrus is exported to other countries in Europe. Some Cedro citron may be found in the United States, particularly Southern California or in Australia.

Recipes that include Cedro Citrons. One