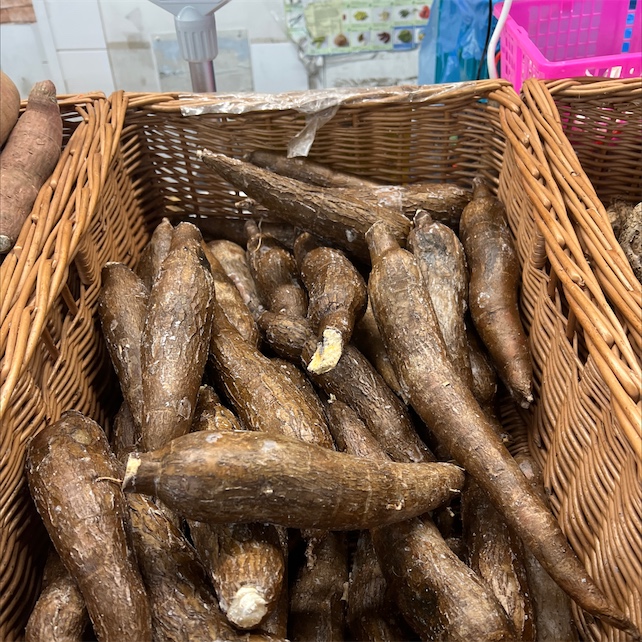 Plerries are small fruits, averaging 3 to 4 centimeters in diameter, and have a round to oval, sometimes slightly lopsided shape. The fruit’s skin is smooth, glossy, and taut, showcasing a bright to dark red base flushed with yellow spots and tiny, faint speckles. Depending on the variety, some Plerries may also exhibit a light bloom that covers the skin to protect against insects and moisture loss. Underneath the surface, the flesh is semi-firm, tender, dense, and juicy with a succulent, crisp consistency. The yellow flesh also contains a red, pigmented ring just underneath the skin and encases a light brown pit tightly adhered to the center of the fruit. Plerries offer a balanced, sweet, and acidic flavor profile. The skin is tart, and the flesh contains a high sugar content, creating a fruity, sweet, and vibrant taste with plum and cherry nuances.

Plerries are available in the late spring through the early summer.

Plerries, botanically a part of the Prunus genus, are interspecific hybrid varieties belonging to the Rosaceae family. The rare fruits were created from a complicated lineage of multiple crosses between plums and cherries and were selected for their improved traits, appearances, and flavors. It is important to note that Plerries are not genetically modified and were created using natural techniques that mimic the way fruits naturally evolve in the wild. The term Plerries is a descriptor given for plum and cherry hybrids that exhibit more plum characteristics. Other hybrids that display cherry qualities are often labeled as cherums. Both names were initially used in the early 21st century when the hybrids were released in California, but recently, farmers have been renaming the fruits using creative marketing labels to attract a broader consumer base. Plerries are not commercially produced on a large scale and are specialty fruit sold through select farms, markets, and distributors. The hybrid fruits are valued for their highly productive nature, hardy qualities, and ability to hold well on the tree, providing growers with a favorable crop that can last for 1 to 3 weeks. When in season, Plerries are mainly purchased by stone fruit enthusiasts as a novel fruit, consumed fresh to capture the hybrid’s unique flavoring.

Plerries are a source of vitamin A to maintain healthy organ functioning, vitamin C to strengthen the immune system, and potassium to balance fluid levels within the body. The fruits also contain fiber to regulate the digestive tract, iron to develop the protein hemoglobin for oxygen transport through the blood, and vitamin K to assist the body in faster wound healing.

Plerries have a sweet, subtly tangy flavor well suited for both fresh and cooked preparations. The fruits are commonly consumed straight, out of hand, to savor the hybrid’s unusual flavor, or they can be sliced into salads, fruit bowls, and served on appetizer plates. Plerries can also be stirred into yogurt and oatmeal, blended into smoothies, or pureed and frozen into sorbet and ice cream. In addition to fresh preparations, Plerries can be used in most applications calling for plums, including simmering into sauces, jams, jellies, and syrups. They can also be baked into cobblers, tarts, cakes, pies, crisps, and crumbles. Plerries pair well with vanilla, cinnamon, honey, ginger, fruits such as raspberries, strawberries, apricots, and peaches, meats including duck, poultry, and pork, and nuts such as almonds and walnuts. Whole, unwashed Plerries will keep up to one week when stored in the refrigerator.

Plerries were developed by interspecific hybrid breeding, a process of crossing two or more species to create new fruit types with desirable characteristics regarding flavor, color, texture, size, and aroma. These crosses are natural and do not utilize GMO methods. Geneticists have attempted interspecific hybrid breeding for many centuries, and experts consider Floyd Zaiger of Zaiger Genetics, the most famous modern-day breeder of the late 20th and early 21st centuries. Zaiger was a San Joaquin Valley farmer who had a passion for creating fruits with improved flavors. He believed quality fruit would help Americans fall in love with eating healthy and that sweet fruits would displace junk food in commercial markets. Zaiger was most well-known for creating the pluot, a fruit with apricot and plum heritage, but he also made other hybrid varieties, including Plerries, which he later named Pluerry. Many hybrids were researched and discussed during Zaiger’s weekly Wednesday orchard tours, where wholesalers, scientists, industry leaders, and other growers would meet with Zaiger on his farm to tour and sample new fruits. Zaiger valued the feedback from these tours and based many business decisions on the information gathered.

Cherry and plum hybrids have been attempted by breeders since the late 1800s, but Zaiger Genetics performed the most well-known cross in the early 21st century in Modesto, California. Plerries are interspecific hybrids between plums and cherries. When the hybrids were first created, a cross that yielded fruit with dominant cherry genes was called cherums, and when the cross yielded predominately plum genes, it was called Plerries. These interspecific hybrids were initially bred to help growers produce hardier, sweeter hybrids that offer a longer harvesting season. Over time, farms throughout California, especially in the San Joaquin Valley, purchased licenses for the hybrid trees and sold the varying fruits under marketing names such as Pluerry, Pixie Sweet, and Cherub. Today Plerries can be hard to find as they are only grown by a few select orchards and are available for a limited season. They are most likely spotted at farmer’s markets and specialty distributors.


Recipes that include Plerries. One


People have shared Plerries using the Specialty Produce app for iPhone and Android.