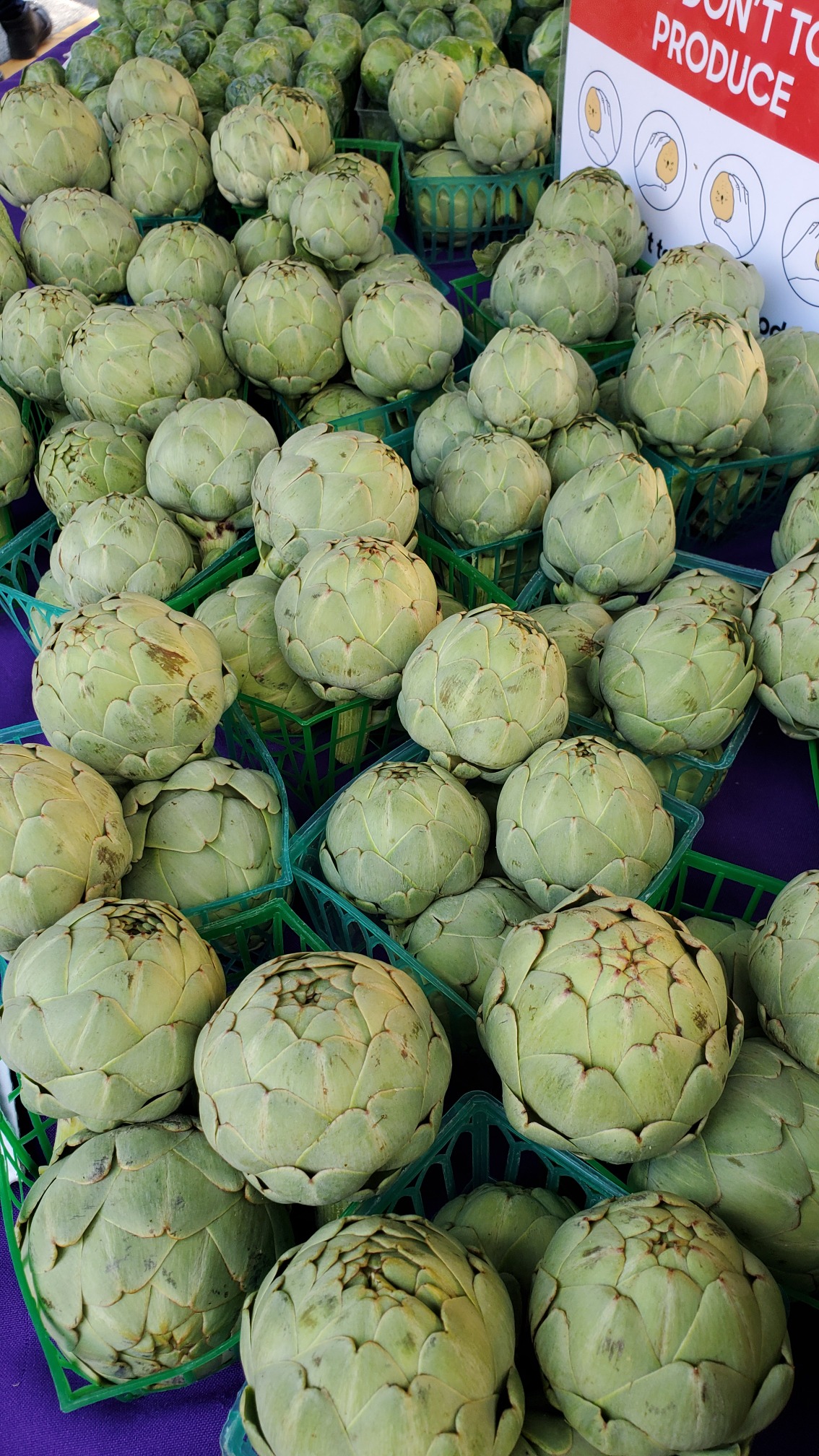 The Kangaroo Apple plant has large, green, leaves that are deeply-lobed with up to 5 spear-like fingers. In the spring, the plant has small ruffled purple flowers that measure 5 centimeters wide and are reminiscent of eggplant flowers. Once the flowers fall away, small, shiny, egg-shaped fruits develop. Kangaroo Apple fruits begin bright green and ripen to a yellow-orange (S. laciniatum species) or from a pale orange to red (S. aviculare). When ripe, the berries will soften, and will often split. The inside of a Kangaroo Apple looks somewhat like a cherry tomato, and contains anywhere from 200 to 600 tiny flat seeds. The pulp is juicy and sweet, with a hint of melon flavor. Unripened Kangaroo Apples are bitter and TOXIC.

The Kangaroo Apple is available year-round with a peak season in the late summer and early fall months.

Kangaroo Apple is the common name for two almost identical species, and is the name of both the plant and its fruit. Solanum laciniatum and its look-a-like, Solanum aviculare, are in the nightshade family, and are related to tomatoes, eggplant and tobacco. It is. The Kangaroo Apple has been used as a medicine and a food by native peoples in Australia and New Zealand for thousands of years. It is also known as Poroporo and Large Kangaroo Apple; the common name comes from the kangaroo foot-print-like shape of the deeply lobed leaves. Kangaroo Apple fruit must be ripe before it is consumed.

Kangaroo Apple fruit are a good source of vitamin C and beta-carotene. The small berries contain phytochemicals called phenols, which are beneficial antioxidants shown to protect against things like heart disease, stroke and cancer. The fruits also contain important alkaloids and a type of steroid that helps the body produce cortisone. The small, egg-shaped fruits also contain tryptophan which helps keep skin and hair healthy.

The Kangaroo Apple was used by the native Aboriginal people for centuries, as a natural anti-inflammatory and antioxidant. In various Aboriginal languages, like Gunditjmara, the Kangaroo Apple is called Bullibulli, Mookitch, and Mayakitch. It is considered one of the top ten “bush foods” or “bush tucker,” used by Aboriginals as both a source of medicine and of substance. Different compounds present in the fruit like steroids and alkaloids appealed to commercial industries in the 1960s and 70s. Countries like the former Soviet Union, Europe, and China cultivated the Kangaroo Apple for use in a variety of products ranging from medicines to beauty.

The Kangaroo Apple is native to southeastern Australia and New Zealand. The two different species that go by the common name Kangaroo Apple share a similar native range, and both have been cultivated for the alkaloid industry. Solanum laciniatum was first written about by Kew botanist and gardener to the King of England, William Aiton in 1789. It is more often found in drier areas. Solanum aviculare, was identified in 1786 by Georg Forster. The German explorer and scientist had found the plant during a stop in southeastern Australia while accompanying the famed Captain Cook on his section expedition around the world. The latter species prefers damper environments. It wasn’t until the 1950s that the two plants were determined to be two distinct species, and that one could very well be a hybrid of the other. Kangaroo Apple plants grow wild throughout southeastern Australia, New Zealand, Tasmania, and parts of New Guinea. The plant can be found in limited areas of China and Russia. The seeds are spread by birds, and in some areas the plant is considered an invasive species. The Kangaroo Apple generally grown by home gardeners or specialty plant enthusiasts and is not common outside of its native range.