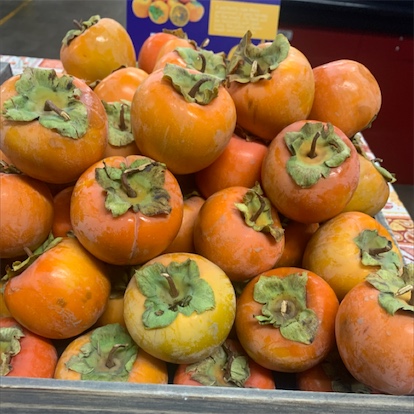 Peruvian White corn is comprised of oblong, tapered ears with large kernels, averaging up to one centimeter in diameter, enveloped in stringy, delicate fibers known as silks with thin layers of green husk. The tightly packed, cream-colored kernels have a curved, semi-circular shape with slight indentations and are crisp, starchy, and chewy when fresh. Peruvian White corn is often compared to hominy with its drier texture and large kernel size, but the kernels also have a mild, subtly earthy, and floury flavor with sweet, nutty notes.

Peruvian White corn is available fresh in the spring through summer in Peru. When dried, the kernels are available year-round.

Peruvian White corn, botanically classified as Zea mays, is a field corn variety native to Peru, belonging to the Poaceae family. The cultivar is known for its large, white, and starchy kernels and is one of the most popular corn varieties from the Cusco region, an area considered to be the heart of cultivation within Peru. The circular kernels are known by many names, including Cusco corn, Peruvian Giant corn, Giant White Corn of Cusco, Blanco Urubamba, Mote, Peruvian corn, and Choclo, a term also used to generally describe many different varieties of white corn found in local markets. Peruvian White corn is utilized fresh or dried and is a treasured, ancient crop, commercially cultivated in the modern-day for its unusual appearance, mild flavor, and versatile nature.

Peruvian White Corn is a good source of vitamin A to help protect against vision loss, repair tissues within the body, and improve skin complexion. The kernels also provide fiber to regulate the digestive tract, magnesium to maintain healthy nerve functioning, phosphorus to promote strong bones and teeth, and other minerals, including zinc, copper, and iron. In traditional medicines of Peru, Peruvian White corn has been used as a natural diuretic, odor deterrent, and topical anti-inflammatory.

Peruvian White corn is best suited for both raw and cooked applications, including roasting, boiling, baking, frying, and grilling. When used raw, the young kernels are preferred and are popularly mixed into ceviche or boiled and served similarly to sweet corn. Whole ears of Peruvian White corn are also sold as a snack food, known as choclo con queso, and are served with a slice of cheese. As the corn matures, the kernels develop a starchy, chewy texture, becoming better suited for cooked applications. Peruvian White corn is frequently stirred into soups, chowders, and stews for added texture. In Northern Peru, pepian de Choclo is a stew incorporating corn, chile peppers, cilantro, garlic, and onions, traditionally served with rice, salad, and meat. Peruvian White corn can also be cooked and mixed into rice-based dishes, toasted and served as a crunchy snack, ground and baked into bread, or incorporated into tamales, tortillas, and empanadas. In Peru, the large kernels are combined with salty cheeses, olives, red onions, beans, peppers, and tomatoes to make a fresh salad known as solterito. Peruvian White corn pairs well with aromatics such as garlic, onions, and chile peppers, rice, beans, peanuts, and meats such as poultry, beef, fish, and guinea pig, a delicacy protein source in Peru. Fresh Peruvian White corn will keep 1 to 3 days when stored in the refrigerator. Dried kernels will keep for multiple years stored in a cool and dry location away from direct sunlight.

Peruvian White corn is honored at the Choclo Festival in the district of Huallabamba within the Cusco region. The festival has been held for over 28 years and is a commemoration of the crop’s economic, social, and religious impact on Peruvian societies. During the celebration, growers set up booths displaying the many different varieties of local Peruvian corn, and visitors can learn about the cultivation process, sample rare cultivars, and discover new culinary recipes for each variety. Food vendors also participate in the festival, creating authentic and modern dishes using Peruvian corn as the featured ingredient. Peruvian White corn is frequently incorporated into pastel de choclo, a corn casserole, maicillos, corn cookies, and lawa de maiz, a corn chowder, which are some of the most popular items sold at the event. In addition to food-based booths, the Choclo Festival features musical performances, live poetry, and traditional dances depicting ancient corn harvest methods.

Corn is native to Mesoamerica and has been cultivated for thousands of years. The ancient crop was introduced to regions throughout Central and South America in early times, where civilizations began developing new varieties well-suited to their regional climate. Corn was extensively cultivated in Peru, specifically in the Sacred Valley of the Incas in the Andes Mountains, and has been found within the region since 1200 BCE. Peruvian White corn was developed within this region and was believed to have been a staple food source of the Incas. Today Peruvian White corn is still grown in the Sacred Valley and is also exported throughout South and Central America and into Japan, the United States, and Spain.

Recipes that include Peruvian Corn. One