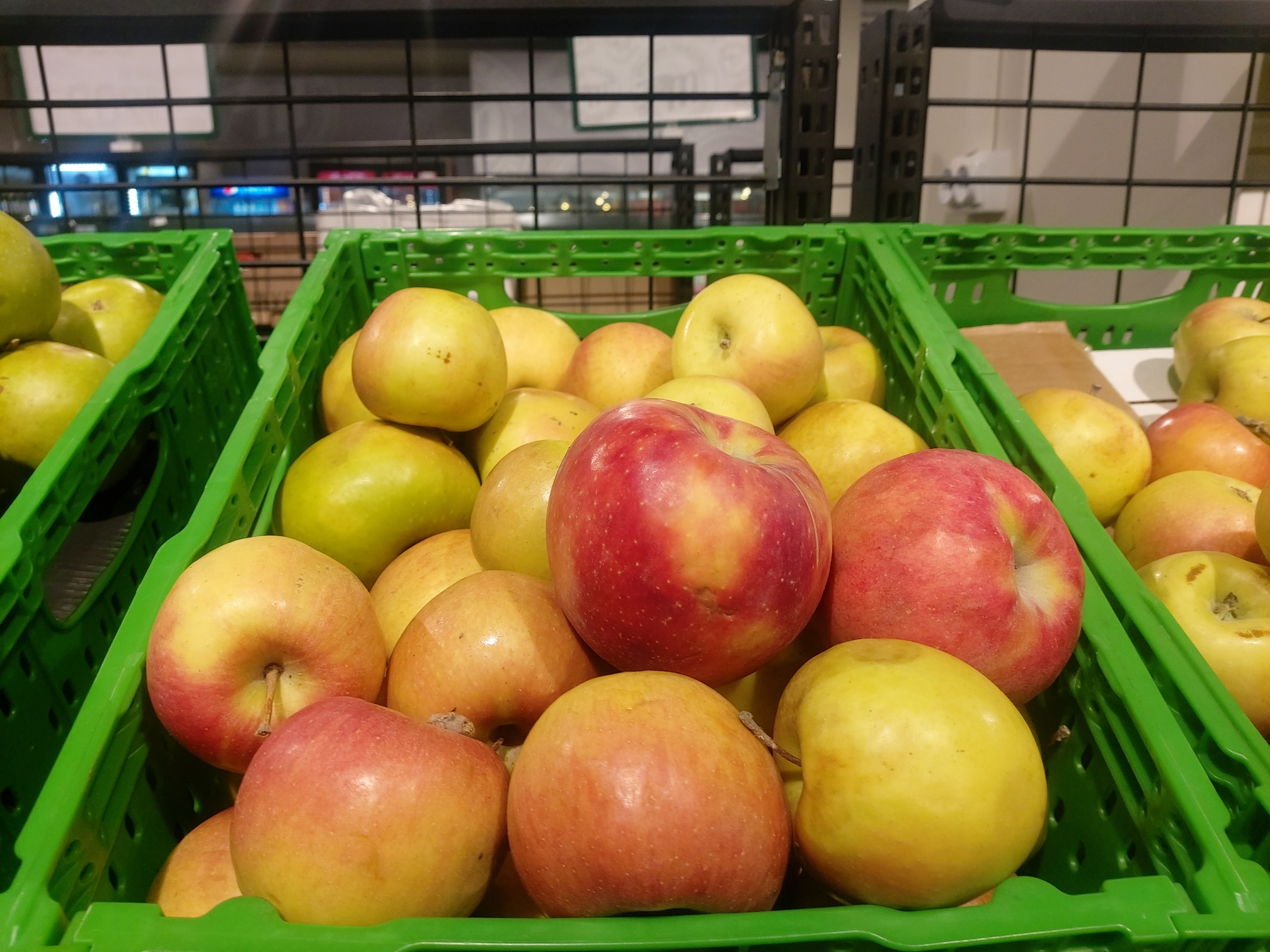 Sea kale plants grow large in size and form clumps of spreading leaves, averaging sixty centimeters in diameter and seventy-five centimeters in height. The silver-grey, deeply lobed leaves grow in a rosette pattern and have fleshy waved-edges with a velvety texture. Sea kale also bears many small, fragrant, four-petaled white flowers and globular, pea-sized green pods containing one edible, light green seed inside. In addition to the leaves, pods, and flowers, the leafstalks connect to an extensive underground root system that can grow to be firm, starchy, and thick. Sea kale is crisp and chewy with a bitter, green, and slightly nutty taste.

Sea kale is available year-round, with peak season in the spring through summer.

Sea kale, botanically classified as Crambe maritima, is a clump-forming perennial that belongs to the Brassicaceae, or cabbage family. Also known as Seakale, Sea cole, Sea colewort, Crambe, Scurvy grass, and Halmyrides, Sea kale is found naturally growing along European coastlines and was extremely popular in the Victorian era for its blanched shoots. All parts of the plant including the leaves, florets, roots, flowers, and seed pods are edible. Despite its popularity in the Victorian era, Sea kale almost completely disappeared and was largely forgotten due to its perishable nature and difficulty to cultivate on a mass scale. Today it is slowly being rediscovered by heirloom conscious chefs for its culinary versatility and is also being grown for ornamental use in home gardens.

Sea kale is an excellent source of vitamin C and also contains some calcium, vitamin B6, magnesium, and manganese.

Sea kale can be consumed in both raw and cooked applications such as blanching, boiling, steaming, roasting, frying and sautéing. Young leaves, stems, and seed pods can be used raw in salads or as a garnish to add a bittersweet flavor. More mature leaves can also be boiled to reduce bitterness and consumed or fried to create a crispy snack. Sea kale shoots are the most popular part of the plant and are commonly blanched and prepared similarly to asparagus. The flower stems are comparable to broccoli and can be boiled or steamed for a crunchy side dish. The roots are typically boiled or roasted and are sweet with flavors similar to the rutabaga. Sea kale pairs well with sauces such as Hollandaise and béchamel, lemon butter, and simple seasonings such as salt and pepper. The leaves, stems, and flowers perish quickly and will only keep for one day when stored in the refrigerator. It is recommended that the plant is consumed immediately after harvesting for best flavor.

Sea kale was used by European sailors on long voyages to prevent scurvy, which is a disease that is caused by a vitamin C deficiency. Sea kale is naturally high in vitamin C, so the sailors would pickle the greens and use them as a source of nutrients. Many believe the plant earned the name Scurvy grass from use on these voyages. Recently, Sea kale has also received the British Royal Horticultural Society’s Award of Garden Merit for its popularity and quality as a versatile ornamental plant.

Sea kale is native to the western European coastline and has also been found along the shoreline of the Black Sea. It was first cultivated in the 1600s and became widespread in Europe and North America in the 1800s. Thomas Jefferson planted Sea kale in his Monticello garden in 1809, and it then became naturalized on the west coast of the United States in 1915. Today Sea kale is predominately found in home gardens and from specialty farms in Europe and the United States.