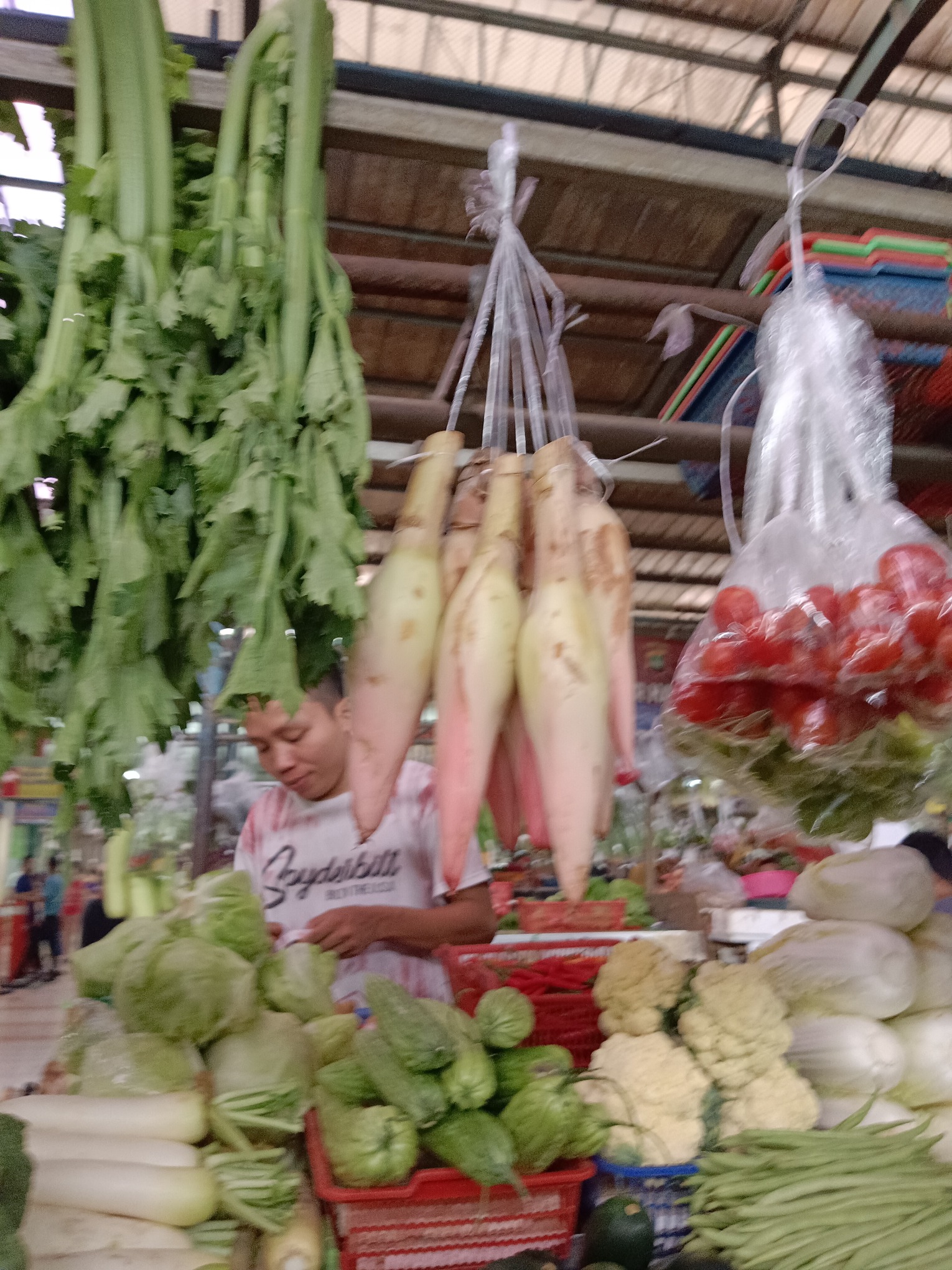 Ananas melons are small to moderately sized, oval fruits, averaging 12 to 17 centimeters in diameter. The rind is firm, ranging in color from green to golden yellow depending on maturity, and is covered in a rough, tan netting. Underneath the thin rind, the flesh is aqueous with a soft but dense consistency, encasing a small cavity of light brown seeds suspended in a gelatinous liquid. The flesh also ranges in color from pale yellow to ivory, but depending on the specific variety, it may also appear pale green, orange, to white. Ananas melons have a notable, perfumed aroma similar to the scent of pineapples. When ripe, the melons bear a sweet, tropical, and floral flavor followed by a faint, caramel-like aftertaste.

Ananas melons are available in the summer through early fall.

Ananas melons, botanically classified as Cucumis melo, are sweet fruits belonging to the reticulatus group, which encompasses melons with rinds covered in a rough netting. Ananas in French and Italian translates to mean “pineapple,” and the melon received its tropical name from its sweet, floral taste and aroma. Ananas melons have also acquired many other names over time, including Sharlyn melons, Pineapple melons, Khoob melons, Israeli or Middle Eastern melons, and Ananas D’Amerique a Chair Verte in France. Ananas melons are considered to be somewhat rare, seasonally found through specialty growers, and there are multiple sweet melon varieties varying in appearance that are generally labeled under the Ananas name in local markets and home gardens.

Ananas melons are a good source of vitamins A and C, which are antioxidants that can help boost the immune system and reduce inflammation. The melons also contain fiber, folate, potassium, magnesium, copper, and vitamin K.

Ananas melons are best suited for fresh preparations and can be incorporated into both sweet and savory dishes. The crisp flesh can be sliced or cubed and mixed into fruit and green salads, served with robust cheeses as an appetizer, or served in cold soups. The melons can also be blended into cocktails, smoothies, and juices or hollowed out and used as a serving vessel for desserts or fruit bowls. Ananas melons pair well with salty meats such as prosciutto, cheeses such as sheep’s milk or goat, yogurt, fruits such as berries, grapes, watermelons, strawberries, citrus, and honeydew, and aromatics such as ginger, mint, and cilantro. It is recommended to store whole Ananas melons at room temperature and when cut, the slices should be kept in a sealed container in the refrigerator for up to three days.

Thomas Jefferson grew Ananas melons at his estate, Monticello in 1794. The two-acre garden featured over three hundred varieties of exotic fruits and vegetables and gained notoriety among the horticultural community for its state-of-the-art gardening practices. Jefferson also compiled detailed logs about many of the plants in the garden, which has assisted modern day researchers in their continued studies. One study was conducted in 2009, where Ananas melons were used as part of a DNA project done at Texas A&M. The study aimed to map the melon gnome and hundreds of DNA markers. Using this map, plant breeders are able to continue to produce new melon varieties with improved flavors, resistance to disease, and drought tolerance.

The history of Ananas melons is mostly unknown, with some experts connecting it to older melon varieties found in regions of Northern Africa and the Middle East. The sweet melon variety became popular in the United States and was first documented in the 19th century, where it was featured in multiple American seed catalogs in 1824. Ananas melons were also famously noted in M.M. Vilmorin-Andrieux’s book "The Vegetable Garden" in 1885. Today Ananas melons are somewhat rare to find and are grown for specialty markets, especially in Europe and the United States. The Ananas melons in the photograph above were grown at Munak Ranch, a farm located in the Upper Salinas Valley in the Paso Robles area of California.


Recipes that include Ananas Melon. One