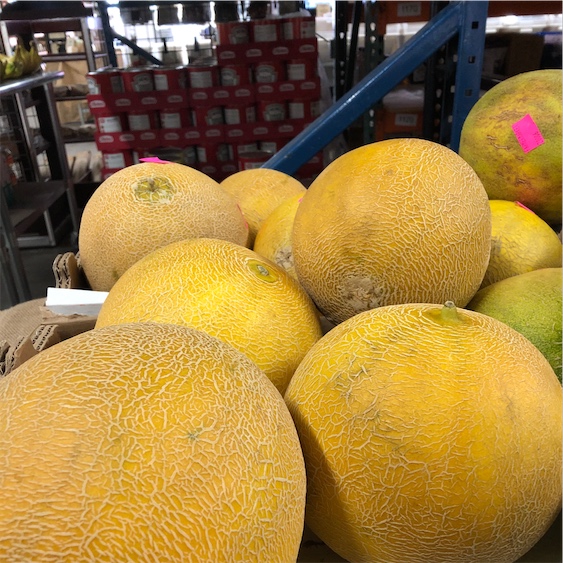 Micro Peppercress is small in size, averaging 5-7 centimeters in length, and has slender, pale green stems with 2-3 oval or oblong, bright green leaves. The leaves have a smooth texture with straight, even edges, and they are tender, pliable, thin, and may have a slight curly appearance. Micro Peppercress offers an initially mild, grassy, and earthy flavor that develops into an assertive, peppery, and tangy spice, similar to horseradish, watercress, or mustard.

Micro Peppercress greens are tiny, young, and edible plants that are typically harvested between 14-25 days after sowing. Micro Peppercress is relatively easy to grow and is predominately used as a garnish for appetizers, main dishes, and side dishes. It is also favored by chefs and home cooks for its ability to add a pungent bite and to be used whole without any additional preparation, unlike the mature version of the green that requires chopping or slicing.

Micro Peppercress greens are best suited for raw applications as their delicate nature cannot withstand high heat and are most commonly used fresh. Micro Peppercress compliments and cuts through the rich fat content of red meat and creamy cheeses, and is a great addition to seafood, particularly raw dishes such as ceviche because it adds a sweet spiciness to the tangy citrus flavor. They can also be used in salads with milder lettuces like green leaf and Bibb to add an extra kick of flavor, or they can be sprinkled on top of poached eggs. In addition to being used as a garnish, Micro Peppercress can also be mixed into sauces such as pesto, chimichurri, and aioli, vinaigrettes, and marinades. Micro Peppercress pairs well with nuts such as almonds, walnuts, and pistachio, spices and herbs such as mint, parsley, tarragon, chervil, chives, and cilantro, fennel, fig, potatoes, endive, garlic, ginger, shallots, scallion, leeks, sesame, cucumber, eggs, meats such as bacon, roast beef, chicken, steak, salmon, and halibut, shrimp, cream, goat cheese, mascarpone, and olive oil. They will keep 5-7 days when stored unwashed, in a sealed container, and in the refrigerator. Micro Peppercress should be used immediately and added as a finishing element in dishes for best quality.

Micro Peppercress has increased in popularity among upscale restaurants since microgreens were created in the 1980s-1990s. In today’s fast-paced society, many chefs continue to use microgreens as a finishing garnish because of their ease of use and visual impact. The green’s smaller size and texture also heighten the visual appeal of dishes and can complement flavors without being overpowering. Microgreens are also gaining awareness among home cooks as eat local and eat organic trends are becoming more prominent in the market today.

Peppercress is believed to be native to the Middle East, specifically to the region of Iran, and has widely spread across the world being cultivated in Europe and the United States. Micro Peppercress was developed in the 1980s-1990s in the United States, and as it has increased in popularity, it has also continued to spread to other continents. Today Micro Peppercress can be found at specialty grocers and through select distributors in Europe, Asia, South America, North America, Africa, and Australia.

Recipes that include Micro Peppercress. One