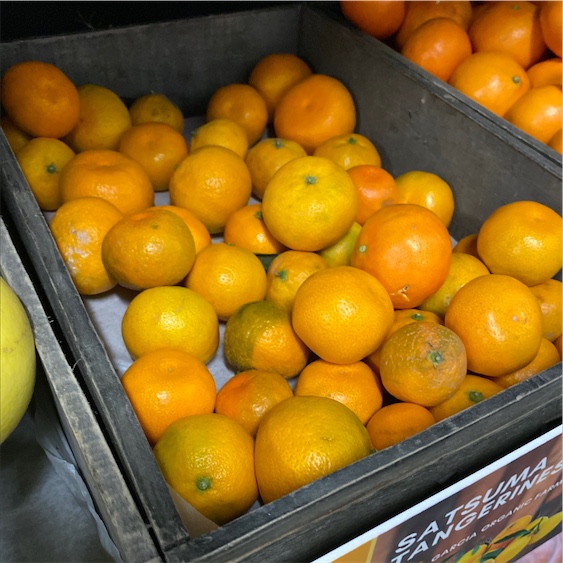 Black habanero chile peppers are small, bulbous, irregularly shaped pods, averaging 5 to 15 centimeters in length and 2 to 5 centimeters in diameter, that have deep creases and folds with slight tapering to the non-stem end. The skin is glossy, waxy, and smooth, ripening from green to dark brown, sometimes appearing almost black when mature. Underneath the surface, the flesh is thin, light brown, and crisp, encasing a central cavity filled with round and flat, cream-colored seeds. Black habanero chile peppers have a floral and sweet, raisin-like flavor mixed with smoky and earthy undertones. The peppers also have an immediate, intense level of spice that dissipates quickly.

Black habanero chile peppers are available in the summer through fall.

Black habaneros are an excellent source of vitamin C, which is an antioxidant that can help build collagen and protect the immune system, and also contains potassium, folic acid, and vitamins A and E. In addition to vitamins and minerals, Black habaneros contain capsaicin, which is a chemical compound that triggers the brain to feel spice or heat and has been shown to have anti-inflammatory properties.

Black habanero chile peppers are best suited for both raw and cooked applications such as simmering, boiling, grilling, and roasting. The peppers can be chopped into fresh salsas with fruit, diced into marinades, blended into hot sauces, or cooked into mole. They can also be minced and added to stews, soups, and chilis, stirred into beans, stuffed with meats, grains, or cheeses, cooked into pepper jellies and jams, or infused into spicy desserts. In addition to cooked and fresh applications, Black habanero chile peppers can be dried, ground into a powder, and used as a rub for grilled meats, or they can be pickled for extended use as a condiment. It is important to note that gloves and goggles should be worn when handling and slicing the pepper as the capsaicin can highly irritate the skin and eyes. Black habanero chile peppers pair well with oregano, cilantro, tomatoes, red onion, garlic, radishes, tomatillos, avocado, mango, apricots, grapefruit, oranges, limes, black beans, pumpkin seeds, and seafood such as calamari, shrimp, scallops, and fish. The fresh peppers will keep 1-2 weeks when loosely stored whole and unwashed in a plastic bag in the refrigerator.

In Mexico, habanero chile peppers are grown through milpas, or small farms in the Yucatan peninsula, which is an area that has earned the title of the largest producer of habanero peppers in the world. Habanero chile peppers are globally known as spicy, flavorful peppers, and many farmers attribute the habanero’s success to the unique growing conditions in the Yucatan. The small farms receive ample amounts of sunlight, grow the plants in a limestone, alkaline soil, and have warm temperatures to help develop the capsaicin within the pods. The Yucatan peninsula exports habanero chile peppers around the world to the United States, Asia, and Europe. Within the Yucatan, habanero chile peppers are an everyday staple in local cuisine. Popularly blended into salsas with bitter orange juice, habanero pepper salsa is a table condiment used on tacos, cooked meats, rice, and beans. Habaneros are also used in sikil-pak, which is a pumpkin seed dip that can be traced back to the Mayans and is used on appetizer plates with tortillas and fresh vegetables.

Habanero chile peppers are descendants of peppers native to the rainforests of South America that were discovered over eight thousand years ago. These ancient peppers were transported into Central America, Mexico, and the Caribbean via immigrating tribes and peoples, and as pepper cultivation increased, many new varieties were developed from the native peppers. Habanero chile peppers were believed to have been developed in the Yucatan peninsula in Mexico and were spread across the world via Spanish and Portuguese traders in the 18th century. Today Black habanero chile peppers are a rare variety grown in limited supply through small farms in Mexico, Belize, Costa Rica, the Caribbean, the United States, and in select regions of Asia and Europe. The seeds are also available through online catalogs for home garden use.


Recipes that include Black Habanero Chile Peppers. One